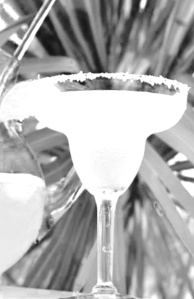 In the land of optimism vs. pessimism the glass half empty half full question is the old standby. My question is whats in the glass? Who put it there? Was it full at one point then had some removed thus being half empty? Or was it completely empty and then filled to this extent thus being half full now? Ok not really on topic i guess, what i was starting to say us i have a tendency to look on the gloomy side of things. This is of particular problem when i am listening instead of hearing the actual words. i often hear what i think is being said ( however since no one i know is as negative about me as i am i hear my negative self-doubt being parroted into their words).  It drives my hubby crazy, ”  i never called you fat! I asked if the Swiss cake rolls were gone you don’t listen….”  I listen its just sometimes hard to hear others over the inner dialog of self-doubt. So i guess im just going to say shut up inner voice im trying to listen. Dont shut up all the time though otherwise who will i talk to about weird stuff like that one hair that grows in that one place what the hell i think im turning into a wear wolf or something…..what if it’s a margarita glass then it wont be half anything i will drink it dry  then i really will have a hard time listening.

6 thoughts on “Put your ” listening ears” on”